Stages 1, 2 and 3 of the Concrete Technology & Construction Training and qualifications programme are presented as distance learning courses on the training modules developed by TALENT Concrete Training. and presented online by ctct.org.

The material is written and updated by a team which includes John Newman, Peter Domone, Tony Binns and Eric Miller. These tutors, who have considerable experience in concrete technology and teaching and learning techniques, are available for advice and support throughout a course.

The online distance learning platform is developed and maintained by Norman Greig and Han Zuyderwijk.

The profiles of our team are outlined below.

John Newman graduated in Civil Engineering from Imperial College, London and then joined contractors Richard Costain Ltd where he obtained experience in concrete structures, with particular reference to the manufacture and use of precast reinforced and prestressed concrete components and as an engineer on sites in the UK and Middle East.

He then joined RHH Stanger Laboratories and was responsible for carrying out materials and product testing and structural site investigations.

He started his academic career at Imperial College, London, as a Research Assistant where he initiated a programme of research into the behaviour of concrete under multiaxial states of stress. Later he was appointed Reader in Concrete Structures and was Head of the Concrete Structures Section for 13 years. Prior to retirement in 2003, he was Director of Postgraduate Studies.

He has supervised programmes of research sponsored by CIRIA, EPSRC, NATO, UNO, MoD, DRA/DERA, WRc, etc and Industry to study the behaviour of concrete under complex stress states, fracture processes in concrete, dynamic behaviour of concrete and soils under explosion and impact, the durability of concretes under marine, maritime and other environments, concrete pipeline technology, the development of special concretes and components, computer-aided learning programs and the use of waste materials for the production of construction materials.

He has authored papers on these and other related subjects. As a founding partner with a materials consulting organisation and a Director of STATS Limited, he was concerned with a wide variety of problems regarding development, acceptance and quality control testing of building materials and components, the design of instrumentation systems for monitoring the performance of structures under service conditions and investigations into the integrity of buildings and structures. He has been responsible for developing and implementing Quality Assurance and Third Party Accreditation schemes and has also acted as an expert witness. He has also served on many professional committees and is past Secretary-General of the association of Independent Testing Laboratories which was later absorbed into the British Testing and Measuring Association. He was a director of Nustone Ltd, an Entrust Environmental Body, promoting and managing research into the production of construction materials from wastes. He is past president of the Concrete Society.

John is a member of the Examinations Committee of the Institute of Technology and is a consultant to Queen’s University Belfast for their Master’s course in Advanced Concrete Technology.

Tony Binns, a director of Teaching and Learning Enterprises Limited, is also Principal of Concrete Workshops International, a consultancy that has, since 1990, provided training and technical support to the users and producers of concrete.

His interest in concrete started in the 1960s with the first steps of developing uses for pulverized-fuel ash, followed by a technical role in the ready-mixed concrete and aggregate business. This led to 13 years as Lecturer in the Training Directorate of the Cement and Concrete Association at Fulmer Grange, Slough, where he was responsible for designing, developing and presenting training courses on concrete technology to a wide range of personnel in the construction industry.

He successfully completed the Stage 4 Advanced Concrete Technology course in 1982-3 and has often served as course tutor during the residential years of the ACT course.

His ACT Individual Project was on high density magnetite concrete and this interest caused him to work on the offshore oil platform site at Loch Kishorn, Scotland.

Many years of experience have since been gained from work on construction sites and in concrete factories including many overseas assignments.

He has been an examiner for the City & Guilds of London Institute qualification Concrete Technology and Construction, possesses the Diploma in Training Management.

Tony is a member of the Chartered Institute of Personnel and Development and the Institute of Concrete Technology, serving on ICT Council and, until recently, as Chairman of the Technical & Education Committee.

Peter Domone joined Taylor Woodrow Construction (later Taywood Engineering) as a research engineer after undergraduate and graduate studies in civil engineering and concrete technology at University College London. He returned to UCL as a member of academic staff in 1979, initially as a lecturer and later as a senior lecturer in concrete technology. He was head of the concrete group in the department of Civil, Environmental and Geomatic Engineering until his retirement in 2011. He now holds an honorary senior lecturer post at UCL.

He has taught and researched on materials, with a strong emphasis on concrete technology, throughout his academic career. His teaching interests have extended to contributing to and editing ‘Construction Materials: their nature and behaviour’, a text aimed primarily at undergraduate and graduate students of civil engineering. The fourth edition was published 2011.

A major research interest has been the behaviour of fresh concrete. This grew out of work on grouts and grouting for offshore structures in the 1980s which was extended into high performance concrete – initially high strength and subsequently self-compacting. Studies on rheology included developments to the two-point workability apparatus, which was initially proved and fabricated at Sheffield University. Work in self-compacting concrete focussed on materials selection and mix design, and he served on RILEM and Concrete Society working groups and participated in an EU funded programme which has lead to the standardisation of test methods.

He has published papers and contributed to texts on all of the above topics and has also maintained an interest in non-destructive testing of concrete, in particular continuing the earlier work at UCL on ultrasonic pulse velocity testing of concrete.

Eric Miller graduated in Chemistry from Newcastle University in 1967 then worked for four years as a laminate and resin development chemist at Formica Ltd. He changed career paths and worked for three years as chief chemist for a small company of independent analysts where he was involved in the analysis and investigation of a wide range of materials including liquid and solid wastes and effluents, oil and solid fuels and civil engineering materials. It was here that he developed an interest in concrete and aggregates as he was also responsible for the physical testing of these materials as well as their chemical analysis.

Seven years were then spent with Ready Mixed Concrete Ltd., (now Cemex), initially in North Wales and latterly as Technical Manager in South Wales. During this time he successfully attended and completed the Advanced Concrete Technology course (ACT).

In 1981 he joined British Nuclear Fuels (BNFL), based with the Resident Engineer at the Sellafield Nuclear complex in Cumbria, as Site Concrete Materials Engineer: this was the largest construction site in the UK and used around 1.5 million cubic metres of concrete over a period of about 15 years. He planned and operated a large concrete materials testing and development laboratory. Working with the Civil Design Department he was involved in a wide variety of development and on-site practical projects and became an acknowledged expert in the design and use of heavy shielding aggregates and concrete and also gained considerable theoretical knowledge and practical application in the use of fly-ash and ground granulated blastfurnace slag. This provided the opportunity to become involved in a large variety of concrete applications in all aspects of civil engineering.

During this period he was for three years the Chief Examiner for the City & Guilds of London Institute qualification Concrete Technology, General Principles and also taught this course together with the Practical Applications course through the local technical College. He was involved in the development and operation of Quality Assurance schemes for the various contractors on site. Additionally he presented a number of papers on the ACT course in the UK and in Ireland and at various Universities on many topics. He contributed one chapter to the Advanced Concrete Technology series of publications regarding heavy concrete.

This was followed by a further ten years as cement specialist with BNFL in Research & Development involving the development and operational processing of a wide range of radioactive waste materials in cement grout matrices during which time he visited other Nuclear facilities and presented technical papers in USA and Japan. This work involved research into various alternative cement systems, as well as fly-ash and GGBS, and undertaking collaboration projects with Sheffield and Nottingham Universities. 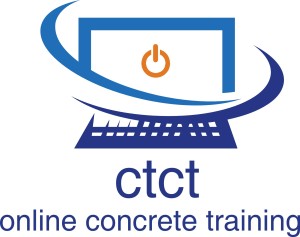 Norman Greig is a specialist in concrete technology, laboratory management and the Construction Products Regulation. He is a Fellow and Council Member of The ICT and a Chartered Quality Professional and Fellow of the Chartered Quality Institute. He has more years than he will admit to in the field of construction quality control, investigation of defects and process improvement.

Han Zuyderwijk is a specialist in European technical regulation, certification and standardisation. Han has 17 years of experience in consulting, on-line training and distance learning systems techniques.